Who Gets the Dog? Pet Custody and New Jersey Divorce 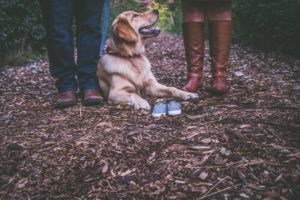 During a divorce, couples must decide how to divide their property—homes, automobiles, even retirement accounts. But something feels wrong about calling your beloved pet a piece of property. After all, you love and take care of your dog or cat in a way that you do not pay attention to your dining room set. Even worse, you can not easily “divide” a pet—it needs to live with someone, which means one of you will no longer be in its life. If you see divorce on the horizon, you should understand how New Jersey courts will analyze disputes about pet custody.

New Jersey courts have been reluctant to get involved in pet custody disputes, viewing your animals as property, no different from pots and pans. Courts would expect couples to decide who the pet should live with and would not even decide the issue if couples could not agree. However, the law of divorce is always evolving in New Jersey, and the law surrounding pets has also evolved.

Since 2009, New Jersey courts have begun to treat animals differently. That year the Appellate Court decided Houseman v. Dare, in which a separated couple argued about who owned their dog. The appellate court ultimately held that pets had a strong “subjective value” and could not be treated like ordinary property.

In divorce disputes, judges still will not consider your pet equivalent to a child, and they do not create pet custody arrangements. Your pet is still viewed as property. However, judges will now consider it a special kind of property that has significant emotional value to the divorcing couple, much like family heirlooms.

As such, judges will now closely analyze the facts before deciding who gets possession of the family pet. Specifically, judges will look at the following factors:

* Who has custody of the children? Judges reason that children will develop better if they have the family pet with them, so the parent who gets primary custody will often get the family pets.

* Who took care of the animal’s basic needs? This person is usually better positioned to provide continuing care to the animal so that it can thrive. Courts will look at who fed and walked the animal, as well as who procured veterinary care.

By looking at these factors, you should have a better idea of how a judge will determine who gets your family pet. To build the strongest case possible on your behalf, you should carefully document how much time you spend with your pet and whether you take it to the vet. Keep detailed records, also noting whether your spouse spends any time with the animal and how much.

If you are worried about losing your pet in a divorce, you should speak with a divorce lawyer as soon as possible. Elena K. Weitz, Esq., has helped people navigate their divorces for over a decade, and she is available for a consultation. Please contact her without delay.