Child Custody: How to get it, how to change it 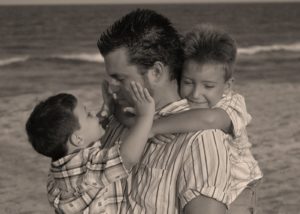 Divorce is fraught with many difficult emotions, but nothing is more emotional than a custody fight. Ideally, you and the other parent can reach an agreement on custody and therefore avoid the expense and stress of a protracted court battle. When agreement is not possible, a judge will need to determine custody.

Legal custody gives you the right to make decisions regarding what education and medical care your child receives. Physical custody, by contrast, refers to whom the child lives with. If parents do not share physical custody, then the child typically lives with one parent and the other parent receives visitation time.

Both parents might come up with a custody agreement that works for them. Generally, judges will honor your agreement unless it is against the best interests of your child. When you can not agree, New Jersey law instructs judges to consider a variety of factors, including:

If the judge is considering whether to grant joint custody, then he or she will need to look at a few other factors to determine whether joint custody is feasible:

Life rarely stands still, and custody arrangements might need to be modified. In New Jersey, parents can seek a modification at any time if a change in circumstances warrants it. The judge will analyze whether to change custody by looking at the same best interests of the child factors listed above. The parent seeking a modification has the burden of proving that the circumstances support a change.

Elena K. Weitz, Esq. has been practicing family law for over a decade and understands how stressful child custody disputes can be. She works closely with her clients to find the best solution possible to their dispute. Contact her today for a consultation.